Protectionism in the COVID-19 era: a step back for the global economy

The COVID-19 pandemic has caused widespread economic uncertainty globally, and coupled with the US-China trade war, has caused countries to adopt protectionist measures.  While the regulations introduced by India, the US, the UK, and the European Union have taken different forms, the underlying concern is uniform – save homegrown companies, especially in strategic sectors, from being acquired by state-backed investors from other countries.

One, the Indian government has launched the “Atmanirbhar Bharat” policy, which translates to “self-reliant India,” to promote local industry and reach self-sufficiency in the near future.

Further, the Indian government has not provided a de minimis threshold for beneficial ownership of, or indirect investment by, an entity or a citizen of a border sharing country.  This ambiguity has led to significant uncertainty specifically in the case of acquisitions and greenfield ventures by foreign listed corporations and investment funds, whose beneficial ownership may at times not be traceable easily.

Measures adopted by other countries

Protectionist measures in the US

In February 2020, the Foreign Investment Risk Review Modernization Act came into force in the US.  It empowers the Committee on Foreign Investment in the United States (CFIUS) to address national security concerns regarding foreign exploitation of certain investment structures, which have traditionally remained outside the jurisdiction of the CFIUS.

Consequently, certain additional transactions have to be notified to CFIUS, such as:

In addition, acquisition of minority interests in certain specified sectors, such as telecom, power, oil and gas, defence and finance, also have to be notified to the CFIUS.

The expanded scope of transactions being subjected to CFIUS review means that pending transactions can be blocked or completed transactions may have to be unwound if the CFIUS finds a national security interest emanating from the transaction.

Protectionist measures in the European Union

Currently, among other members of the European Union, France, Italy, Germany and Spain have adopted national mechanisms to screen foreign investments.

Protectionist measures in the UK

More recently, the National Security and Investment Bill has been introduced in the UK Parliament, which seeks to empower the Secretary of State to investigate certain acquisitions if it is apprehended that the acquisition could be a risk to national security.  This bill proposes to capture not only acquisitions of entities, but also acquisitions of assets, intellectual property and minority shareholding.  In order to determine whether an acquisition creates a risk to national security, the bill requires the Secretary of State to consider:

The bill also proposes to introduce a mandatory notification requirement under which certain acquisitions (which are yet to be prescribed) must be mandatorily notified to the Secretary of State.

Impact on the Indian economy

Based on the foregoing, it is clear that India is not alone in imposing measures to protect national interests from opportunist acquisitions.  However, the implications for India, as a developing economy, may be far-reaching as compared to the developed countries.  As the Indian economy recovers from the pandemic, it is important to recognize that foreign investment, including investment from neighbouring countries, represents a key mechanism for supporting domestic industries and rebuilding India’s economic capacity.  After all, India received almost INR6.1 billion (approx. US$820 million) in direct equity inflows from China and Hong Kong in the financial year ended on March 31, 2020 alone.

The liberalization of the Indian economy at the turn of the century represented a key moment in its economic development.  Over the past two (2) decades, India has gradually continued on the path of liberalization and opened up more sections of its market to foreign investment.  Consequently, India has reaped the benefits of globalization, including, an increase in employment opportunities and exports, development of infrastructure and technological capabilities, and availability of a better quality of goods and services.  Given this, it is important for India to strike a balance between protecting national interests and attracting foreign investment and to continue to be a part of the global economy. 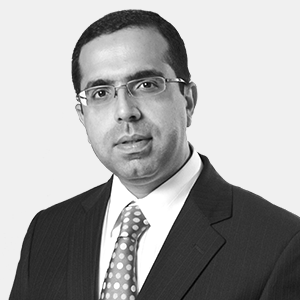 END_OF_DOCUMENT_TOKEN_TO_BE_REPLACED

Does India’s Criminal Procedure (Identification) Act, 2022 impinge on the privacy of persons accused of a crime?

Download .PDF In India, the Identification of Prisoners Act, 1920 (the “1920 Act”) permitted the collection of fingerprints, footprint impressions, and photographs of, among others, (i) persons convicted of a crime for which the punishment is one year of rigorous...

END_OF_DOCUMENT_TOKEN_TO_BE_REPLACED

Implications of “Return to Office” direction to SEZ units in Maharashtra

Download .PDF Amidst continuing uncertainty regarding the pandemic, the office of the Development Commissioner, Santacruz Electronic Export Processing Zone (“SEEPZ”) Special Economic Zone (“SEZ”) through an order dated March 22, 2022 (the “SEEPZ Circular”), has...

END_OF_DOCUMENT_TOKEN_TO_BE_REPLACED

M&A activity worldwide has seen a year-on-year rise due to a myriad of factors, including, relaxed regulatory scrutiny, reduced operating costs, and beneficial tax regimes.  The disruption caused by the pandemic led to a rise in protectionist measures in...

END_OF_DOCUMENT_TOKEN_TO_BE_REPLACED

Background Over the years, India has made significant changes to its domestic tax law to ensure that it receives its fair share of tax from the digital economy.  Some of the changes include: the amendment of the definition of “royalty” in 2012; the introduction...