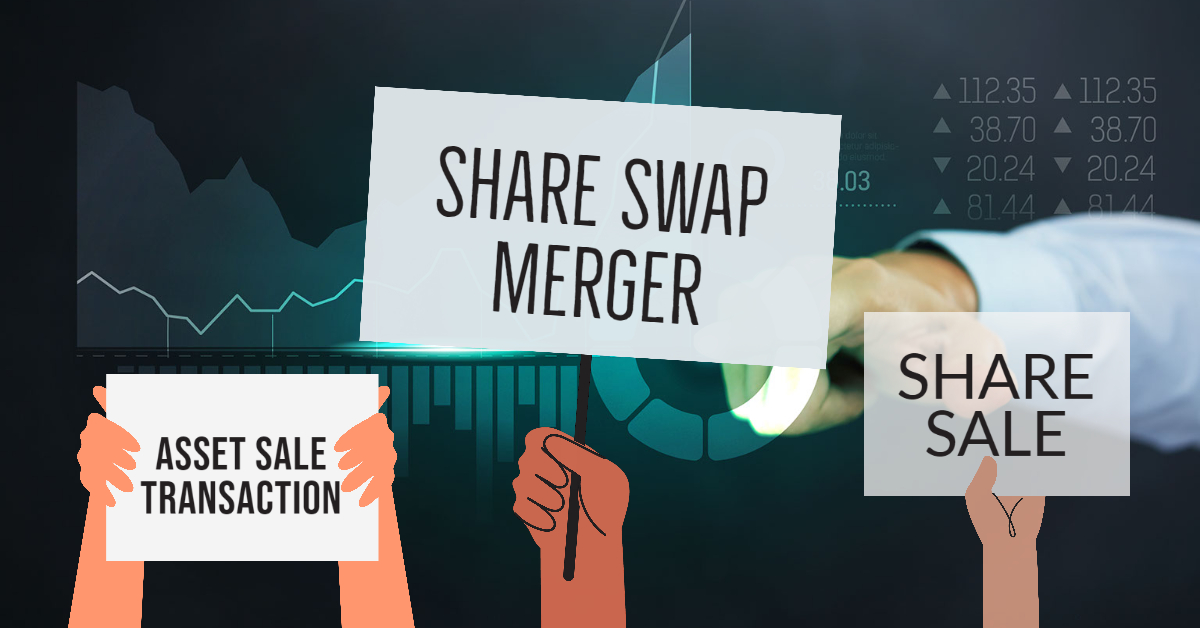 Over the past couple of decades, stock-for-stock mergers have only accounted for 20% of the total M&A activity in the United States. On the other hand, in India, mergers rarely involve a cash consideration and are usually pure share swaps given the tax neutrality available for pure share swap transactions in India. However, mergers comprise only a fraction of the M&A activity in India as companies usually prefer the ease of share purchase or asset purchase transactions.

In light of the widespread economic uncertainty caused by the COVID-19 pandemic, acquisitions can pose to be difficult on account of stretched financial resources and risk-averse lenders. Nevertheless, the pandemic also presents a key opportunity as a number of companies are undervalued and in need of capital infusion. In this article, we highlight the key regulatory and practical considerations affecting share swap mergers in India.

Under Indian company law, a merger is a tribunal-driven process that requires the approval of the National Company Law Tribunal (the “NCLT”). A merger statutorily requires the approval of at least 75% of the relevant shareholders and creditors in value. Further, a merger may also be scrutinized by the Central Government, the income tax authorities, the Reserve Bank of India (the “RBI”), the Securities Exchange Board of India, the Registrar of Companies, the stock exchanges and the Competition Commission of India. Given this, a merger is often more time-consuming and onerous than a simple acquisition of shares or assets.

Under Indian tax law, in order for a merger to be tax neutral, the merger must fulfil the following conditions:

Indian tax law provides a capital gains tax exemption to shareholders of the amalgamating company if:

In addition to the foregoing, cross-border mergers involving Indian companies are also governed by Indian foreign investment regulations and are subject to the supervision of the RBI. In 2018, the RBI notified the Foreign Exchange Management (Cross-Border Merger) Regulations, 2018, which mandates the requirement of prior approval of the RBI for cross-border mergers unless such mergers comply with certain prescribed conditions.

For inbound mergers, i.e., mergers pursuant to which the amalgamated company will be an Indian company, the prescribed conditions include, inter alia, the following:

Similarly, for outbound mergers, i.e., mergers pursuant to which the amalgamated company will be a foreign company, the prescribed conditions include, inter alia, the following:

Given the foregoing, a cross-border merger will likely be a viable route only if commercial considerations warrant a merger as opposed to a buyout and the merger satisfies the prescribed conditions, as obtaining approval from the RBI is likely to significantly lengthen the timeline and increase the costs of the transaction. Additionally, NCLT approval is also required for, both, inbound and outbound cross-border mergers.

A share swap merger is likely to result in certain governance and post-integration issues. From a corporate governance standpoint, the companies may have to negotiate on the composition of the board of directors of the amalgamated company to include certain erstwhile directors of the amalgamating company, as well as the extent of dilution of shareholding of the existing shareholders of the amalgamated company, their veto rights and their ability to drive management decisions. All these concerns will have to be weighed in the context of a share swap merger vis-a-vis a share sale or an asset sale transaction given the availability of finance at compellingly low-interest rates.