Payment for offshore services are taxable in India: AAR

Recently, in the case of Technip France SA, the Authority for Advance Rulings (the “AAR”) dealt with the issue of taxability in India of an offshore supply of equipment and provision of offshore services. The AAR held that the payment for the offshore supply was not taxable in India, as the delivery and title of the equipment was transferred outside India. However, the consideration for the offshore services, i.e., for engineering design services in relation to the construction, erection, installation, commissioning and testing of the plant in India, and related advisory services, was held to be taxable in India as business income. This decision is important for all foreign companies executing EPC projects in India across various sectors.

Technip France SAS (“Technip France”) is a French company engaged in the business of engineering, procurement and construction (“EPC”) for oil production, refining, petrochemicals, etc. Technip France entered into a contract with ONGC Petro Additions Limited (“ONGC”), an Indian company, to setup a Butene-1 plant in the state of Gujarat on a lump-sum turnkey basis (the “EPC Contract”). Under the EPC Contract, Technip France agreed to the below-listed scope of work and fees.

Technip France filed an application before the AAR on December 6, 2012, seeking a ruling on whether any part of the offshore supply and services was liable to tax in India under the provisions of the Income-tax Act, 1961 (the “IT Act”) read with the double taxation avoidance agreement between India and France (the “France DTAA”).

Based on the facts, examination of documents, and the evidence provided to the Indian tax authorities, the AAR held as under:

1. While acknowledging the fact that the EPC Contract was a composite contract, the AAR followed the Supreme Court’s ruling in the Ishikawajima Harima case and held that, as the sale was completed by Technip France outside India, no income was chargeable to tax in the hands of Technip France in India. The basis was that:

(i) ONGC was the consignee in the bill of lading and in the bill of entry,
(ii) the transfer of title to ONGC took effect while the equipment was outside the Indian territory, and
(iii) the payment was made by ONGC to Technip France outside India in foreign currency as per the terms of the EPC Contract.

2. The consideration received for offshore services was considered as taxable in India (as business profits under Article 7 of the France DTAA) because the actual rendering of the engineering design services was provided by Technip France’s India project office and not directly from France. The AAR was of the view that although some of the design services were rendered in France, the engineering drawings, designs, etc., were used by the project office for setting up the plant at ONGC’s site in India.

3. Technip France’s employees were involved in the purchase of tender documents, the bidding process, pre- and post-bid meetings, techno-commercial meets, bid clarificatory meetings and the price bid opening. Further, the non-resident employees had a secured right to use the office space in the project office premises and were carrying on the business of Technip France in India. As Technip France’s key personnel were managing Technip France’s business affairs in India, Technip France had a fixed place permanent establishment in India.

The issue with respect to taxability of offshore supply and services, through composite or separate contracts, has been a subject matter of debate before various Indian courts and tribunals as briefly clarified below.

Although the current decision of the AAR is legally binding only on the parties involved, the ruling will have a persuasive value in similar matters before the Indian tax authorities and courts.

This ruling has been delivered on the specific facts of the case and cannot be uniformly applied in each case for determining taxability of offshore supplies and services. However, it is imperative to monitor the terms of EPC contracts, the place where the services are performed, and the conduct of the parties, so as to avoid adverse tax consequences in India. 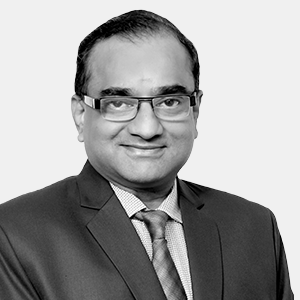