When can a liaison office or a place of business be taxed in India? 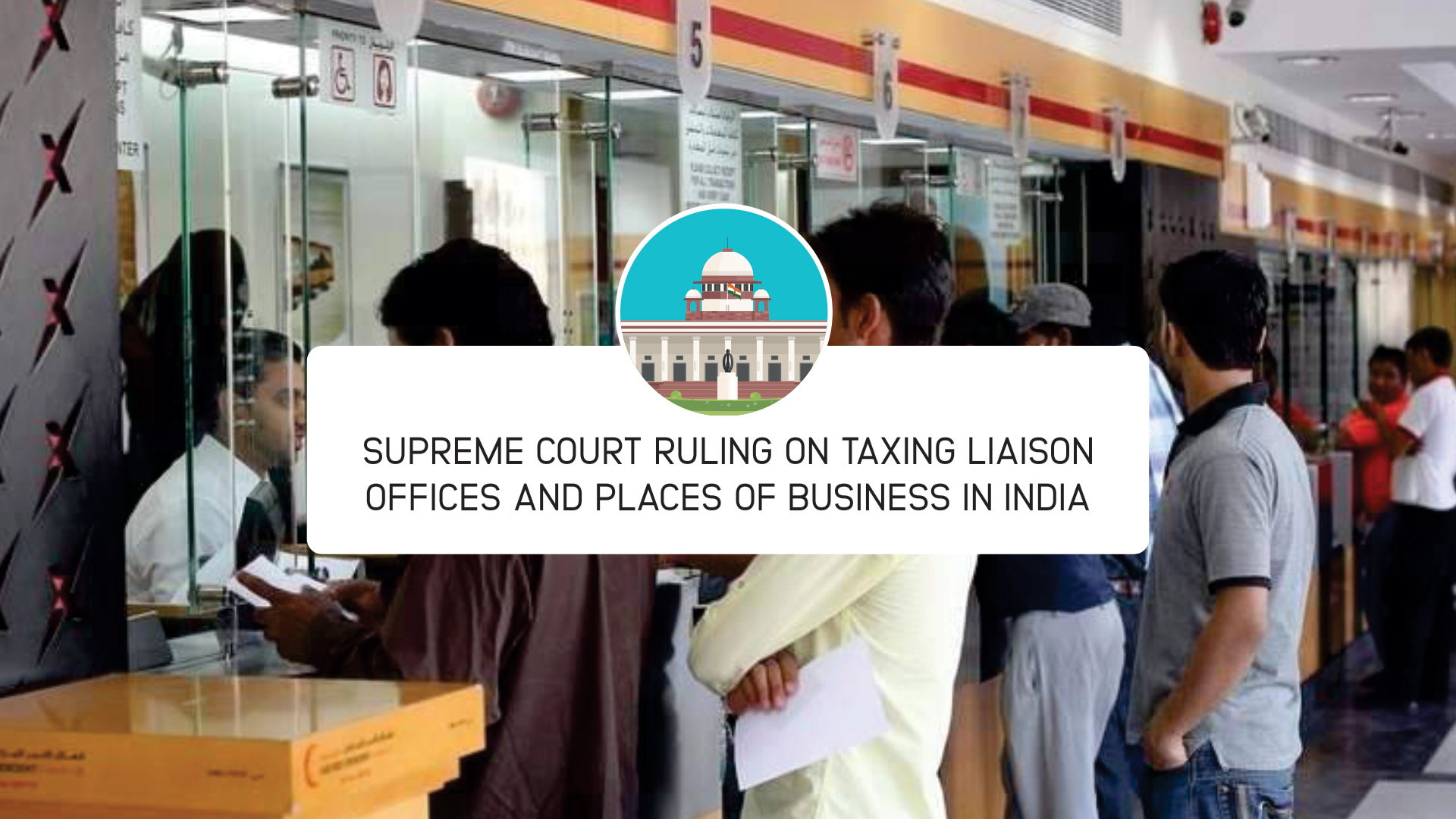 In the recent case of the UAE Exchange Centre, India’s Supreme Court (SC) highlighted the principles surrounding the taxability of foreign entities having a liaison office or a place of business in India.

It should not be presumed that a liaison office will not constitute a permanent establishment in India merely because the Reserve Bank of India (RBI) permission has been obtained prior to it being established.

To determine the Indian tax implications, it is critical to examine whether the liaison office is carrying out an important part of the business activity of the foreign company (i.e., a commercial activity which is core income-generating) or whether it is merely aiding or supporting activities of the main business.

On facts, the SC found that neither were the activities of the UAE Exchange Centre’s liaison office (LO) commercial in nature, nor were they core income-generating. They were merely of a preparatory or auxiliary character, which specifically exempted the LO from tax in India under the provisions of the India-UAE double taxation avoidance agreement (UAE DTAA).

The UAE Exchange Centre (UAEEC) is engaged in the business of, inter alia, providing money remittance services to different clients in the UAE for transferring monies from the UAE to India. In this regard, the UAEEC set up LOs in India at Kochi, Chennai, New Delhi, Mumbai and Jalandhar, respectively, after obtaining the RBI’s approval. The RBI permitted the LOs:

A contract was entered into between the UAEEC and certain non-resident Indian (NRI) remitters based in the UAE. The funds were collected from the NRI remitters by the UAEEC in the UAE by charging a one-time fee. After collecting the funds, the UAEEC made electronic remittances on behalf of the NRI customers in the following two (2) ways:

The Indian tax authorities disputed the second mode of remittance and argued that the following amounted to commercial activity by the LO on behalf of the UAEEC in India:

Therefore, the LO had a PE in India, and a portion of its profits should be attributed to the PE and taxed in India.

The SC held that:

This is a welcome decision, as the issue of whether a liaison office constitutes a PE in India has been the subject matter of much debate before Indian courts and tax tribunals.

In our view, one should not presume that a liaison office or place of business will not constitute a PE merely because the RBI or a government body has given permission for its establishment in India. To determine the Indian tax implications, it is critical to examine whether the liaison office is carrying out an important part of the business activity of the foreign company (i.e., a commercial activity which is core income-generating) or whether it is merely aiding or supporting activities of the main business.

Moreover, a number of foreign technology and service sector companies use Indian PEO providers to hire Indian employees. In our view, these entities should assess whether the activities of their Indian personnel can trigger a PE exposure or tax risks in India.

On account of an unprecedented increase in cybercrimes since the advent of the Covid-19 pandemic, the Insurance Regulatory and Development Authority of India (the “IRDAI”) has recently released a guidance document on the product structure for cyber insurance policies...