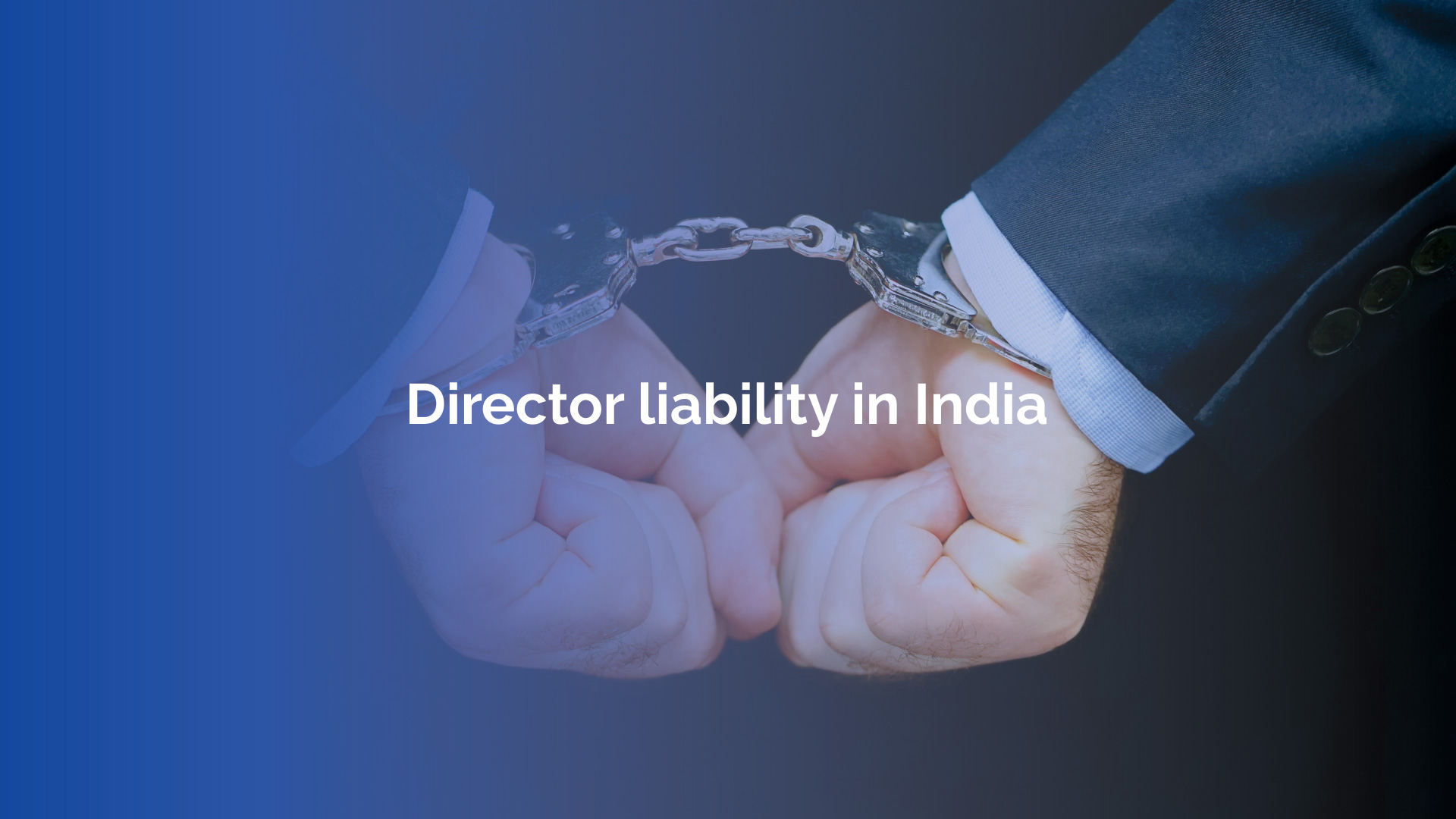 Typically, independent and non-executive directors of Indian companies are not involved in the daily management or decision-making of a company. Nevertheless, under Indian company law, they are required to exercise due and reasonable care, and act in good faith and in the best interests of the company. In addition, they are required to safeguard the interests of the minority shareholders and play an impartial role on the board.

Under a safe harbor provision of Indian company law, independent directors and non-executive directors (collectively, referred to as “NEDs”) are liable only for acts or omissions that have occurred with their knowledge, or which can be attributable through the processes of the board of directors, or where they have consented, connived, or failed to act diligently.

Although Indian law and jurisprudence has required an assessment as to whether NEDs are involved in the management and decision making of the company before holding them liable as fiduciaries, in the last couple of years, various government authorities have acted in a trigger-happy manner and commenced prosecution against NEDs without applying the prescribed yardsticks.

In order to prevent such excesses, on March 2, 2020, the Ministry of Corporate Affairs (the “MCA”) issued a circular (the “Circular”) to its Regional Directors, the Registrars of Companies (“RoCs”) and official liquidators cautioning them against unnecessarily prosecuting NEDs without sufficient evidence for lapses attributable to them. We have summarized the key points of the Circular below:

In our view, the Circular is consistent with the intent and provisions of Indian company law, and is in line with the judicial decisions. It will surely reduce the fear in the minds of NEDs and allow them to perform their duties on a company board more freely.

However, it must be highlighted that the MCA and the RoCs are not the only authorities that can take action against NEDs. Foreign exchange regulatory violations are prosecuted by the Enforcement Directorate, and in cases of fraud, the Central Bureau of Investigation or Serious Fraud Investigation Office gets involved. This apart, different agencies deal with anti-corruption, environmental law, income tax and other statutory violations. Recently, in the Infrastructure Leasing & Financial Services scam, NEDs were charged with mismanagement, and investigations by the Serious Fraud Investigation Office against them are still ongoing. In addition, in the Punjab National Bank fraud case, the Indian government issued a lookout circular against Mr. Sanjay Rishi, NED at Firestar International Private Ltd., although the main culprit appears to be the promoter, Mr. Nirav Modi. Whether these NEDs were actually responsible for the misdeeds of the company is not clearly established.

Notwithstanding the issuance of the Circular, it is important that NEDs take abundant caution and safeguard themselves against prosecutions for lapses or offences committed by a company by:

(a) ensuring provisions in the employment agreement or appointment letter detailing the specific role of the NED in the company;

(b) seeking an indemnification clause in the employment agreement or appointment letter from the company and its promoter indemnifying the NED from any costs incurred due to any offences committed by the company or the promoter;

(c) ensuring that the company obtains an international Directors and Officers Liability insurance policy that covers the NED from the issuance of the first notice or summons against the NED;

(d) actively attending board meetings to ensure that any dissent of the NED is duly recorded, which can help prove that there was no failure on part of the NED to act diligently; and

(e) ensuring that the NED does not take part in any day-to-day decision making or management of the affairs or the business of the company (via e-mail or otherwise).

Online fantasy sports (“OFS”) have seen a major surge in India in the last few years.  This has resulted in questions being raised on the legality of OFS platforms (i.e., OFS platforms encourage pure gambling and are not “games of skill”) before different High...

END_OF_DOCUMENT_TOKEN_TO_BE_REPLACED

Background In 2020, the Reserve Bank of India (RBI) issued guidelines to regulate payment aggregators and payment gateways.  The existing framework mandates banks and NBFCs to follow various rules for outsourcing of financial services, which include...

END_OF_DOCUMENT_TOKEN_TO_BE_REPLACED

The Securities and Exchange Board of India (SEBI) recently approved changes to a number of regulations, which inter alia introduced stringent norms for independent directors, approved a shift away from the concept of “promoters”, and relaxed...

END_OF_DOCUMENT_TOKEN_TO_BE_REPLACED

Background The taxability of capital gains arising from the transfer of shares of a foreign company that derives substantial value from Indian assets (commonly referred to as an indirect share transfer) has been a litigative issue in India.  In January 2012, in...